Awareness – dealing with violence and conflicts

… some basic thoughts and information to reduce discrimination, conflicts and border crossings during the camp…

What does Awareness mean?

Being attentive – conscious- able to act, in supporting struggles against injustice and in connection with violation of physical, psychological and personal boundaries and assault

We should be aware that we live in a world that creates inequalities, creates oppression, and upholds existing structures. We ourselves constantly co-construct these conditions and reproduce their mechanisms. The whole thing is embedded in a patriarchal culture in which heteronormativity and binary gender roles are the norm and cis* men are hierarchical above all other genders. Therefore, they should feel particularly addressed by the following lines, as holders of privileges and power positions. But in the end they apply to everyone, because assaults can happen between everyone. Therefore, we must recognize that the A-Camp is not a space that is per se free of discrimination, even if we want to try to create a space that is as safe as possible.

We should understand awareness as a collective process that encourages all people to become aware of their own privileges and the power structures in which they are involved.
In a space that rejects repressive, rule-preserving bodies, everyone should be collectively responsible. Do not leave it to “the others” to become active.
This means that everyone at the camp should be sensitive to their environment and intervene in problematic situations in a de-escalating way. In cases where structural discrimination is involved, solidarity should be shown with those affected. It can also be the approach to deprivatise personal conflicts and to search for solutions together in the group.

It has been observed that the attempt to use collective responsibilities alone is unfortunately often not sufficient to avoid discrimination, since socialization and power structures are often still too deeply rooted in us. Especially people in privileged positions are often not aware that pursuing their one pleasure can limit their freedom of other people.
In addition, there are people who feel excluded from participating in the camp from the first place, should there not be an awareness team.

The idea is to have an awareness point that is permanently staffed and that people can contact at any time, and therefore it is necessary that people are attending.How awareness work should look like beyond this will depend on the conditions at the camp.
In order to avoid the formation of further power structures and to avoid giving more authority to a certain group of people, the awareness team should be an open group. In principle any person, regardless of experience, can become part of the awareness team. For a successful awareness work it is nevertheless important to keep mutual agreements and to reflect on the work together. For this reason, it is intended to hold regular Awareness Plenums at the camp. (Should we also write that the awarness team will have the purpose to stand on the side of people how seaking help not to compare diffrent standpoints. Including effektivly stoping People from being a threat.) In cases where people seek help its not on the persons to prove anything to have their demands taken seriosly.

If you can imagine to take up some responsibility, please write to us in advance:a-camp@riseup.net

Furthermore, there will be buttons that can be worn by all persons who have just enough resources and are willing to be recognized as contact persons to provide emotional and awareness work outside of shift schedules.

Be careful with each other, so we can be dangerous together!

Here are a few texts and websites, that are about themes like sexism and feminism, racism, transformative justice, antisemitism, support of survivors, intersectionality, toxic masculinity and more:

Do you want to participate? ****** Willst du mitmachen? 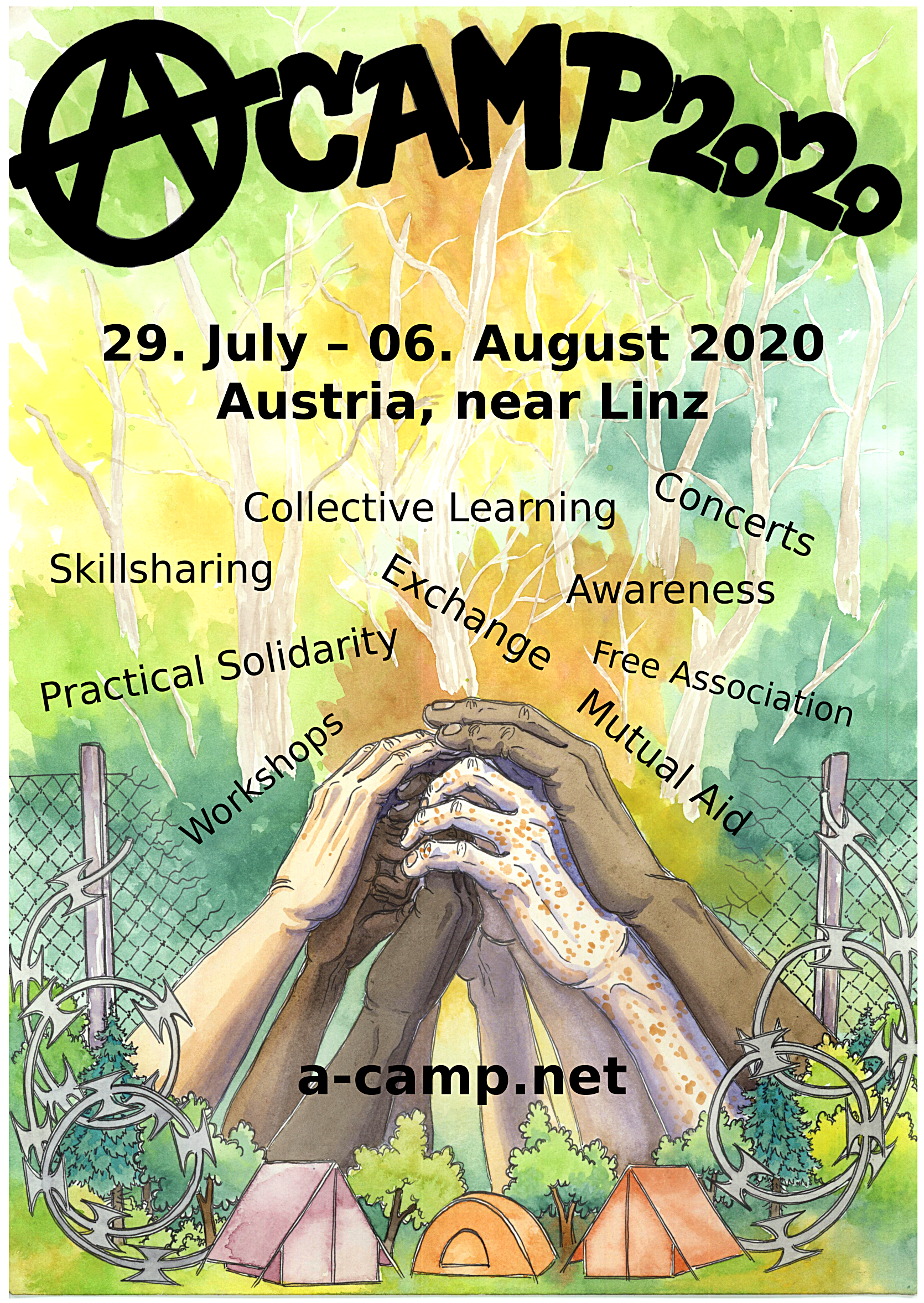